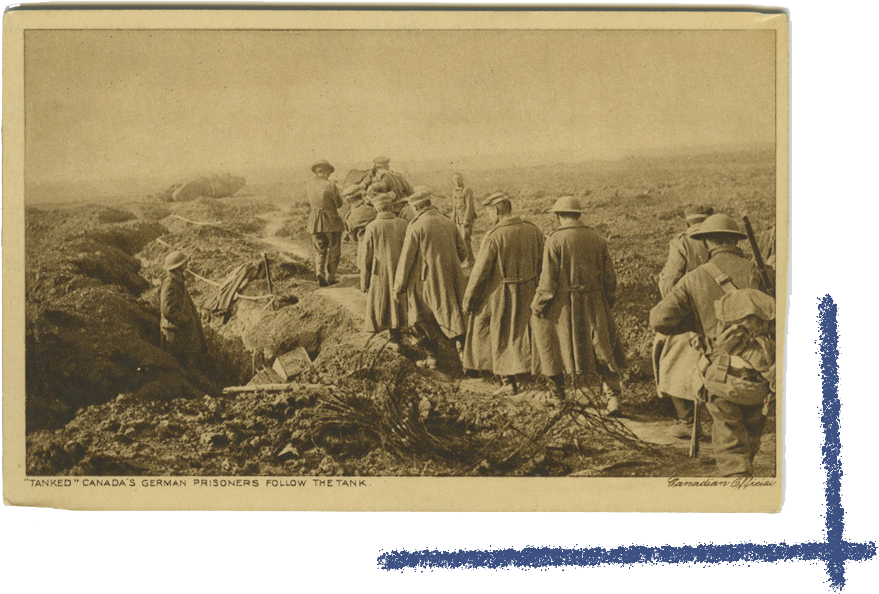 What can we learn from World War 1? This activity has students writing a reflective essay on the lessons from WWI. They should include their personal thoughts on sacrifice and courage of RMR men. See student handout for full details.

Here are some key information for the students :

The end of the war for veterans and women

Exhibition Regiments on the Ridge: 100 years after the Battle of Vimy Ridge

This exhibition provides an overview of the First World War, from its causes to its consequences, with a special focus on the Battle of Vimy Ridge and its importance to the conflict. It is composed of 14 panels.

In this activity, students are asked to reflect on the concept of bravery. The Victoria Cross, the highest military decoration, is one of the topics covered.