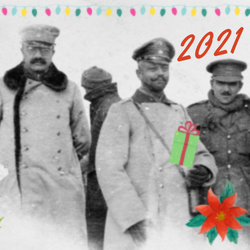 The JMS team was very active during this year 2021! A well-deserved vacation is upon us. However, we have a whole list of books, movies, documentaries and TV series to keep you busy during these holidays!

Bonus: there are a lot of French documentaries on tou.tv! Our communications manager, Alexandrine Bleau-Quintal, offers you her personal list of suggestions:

No ideas for gifts? The Canadian company UsefulCharts has a lot of informative posters on a variety of topics! We’re particularly fond of the Canadian history and world history charts. Finally, we invite you to take a look at our suggestions from the previous year.

Happy reading from the Je me souviens team!