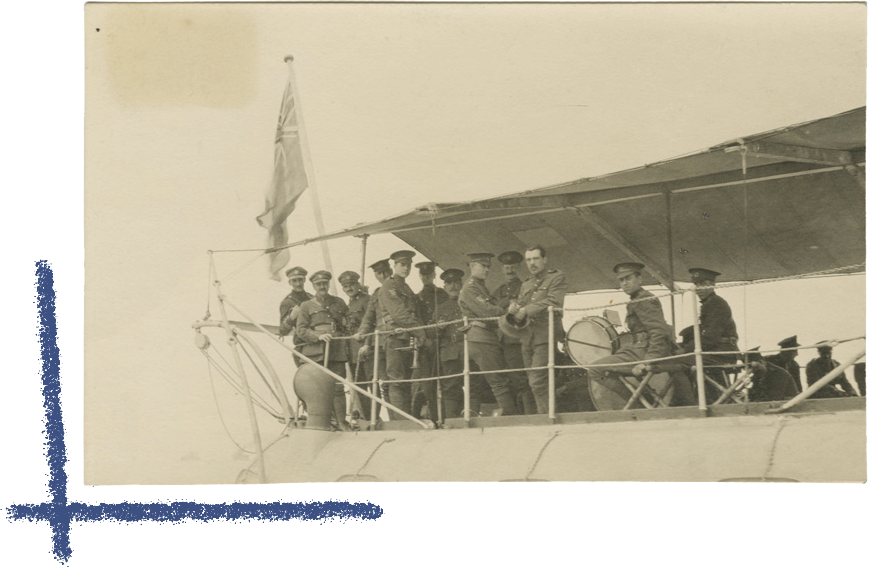 During WWI Canadian nurses were vital in providing medical support to the army, navy and air force on both land and at sea. Their role as medical personnel was both dangerous and rewarding. The enormous risk became all the more apparent when twelve nurses drowned at sea off the coast of Ireland on Llandovery Castle, a hospital ship returning from Canada en route to Europe. What happened to Llandovery Castle? Who were those women?

The teacher will show students the section of the virtual exhibition They Cared: Origins of Military Nursing that deals with the Llandovery Castle tragedy. Teachers can also invite the students to explore it independently, on their own computers. Students will answer five questions regarding the purpose of the vessel, its crew and the events of June 27, 1918 (refer to the student guide).

The teacher will then distribute the New York Times article “Sea Tragedy at Night”, published in the daily newspaper on July 2, 1918 (PDF document available below). Students will answer three questions relating to the analysis of this primary document and first person accounts. This article succinctly presents different versions of what happened on the night of the attack, June 27, 1918.

A reflective question, to take the analysis further, is also proposed.

Want to explore this subject further?

Our partners at Valour Canada offer an in-depth activity wherein students interrogate the tragedy of the Llandovery Castle through the lens of justice and the legal conventions of the era. Click here to check out the activity on their website!

Visit One of Our Partner Museums!

Nothing compares to a visit to our partner museums for students to directly interact with history. Guided museum tours and complementary activities make history come alive and will spark your students’ interest!

After the war, Canada faced several challenges on the political scene. Students will research a social issue and present their findings to the class.