The October Crisis according to the CBC:Their  »Story of Us »

Translated from
Sol Zanetti
Head of Option National
May 17, 2017 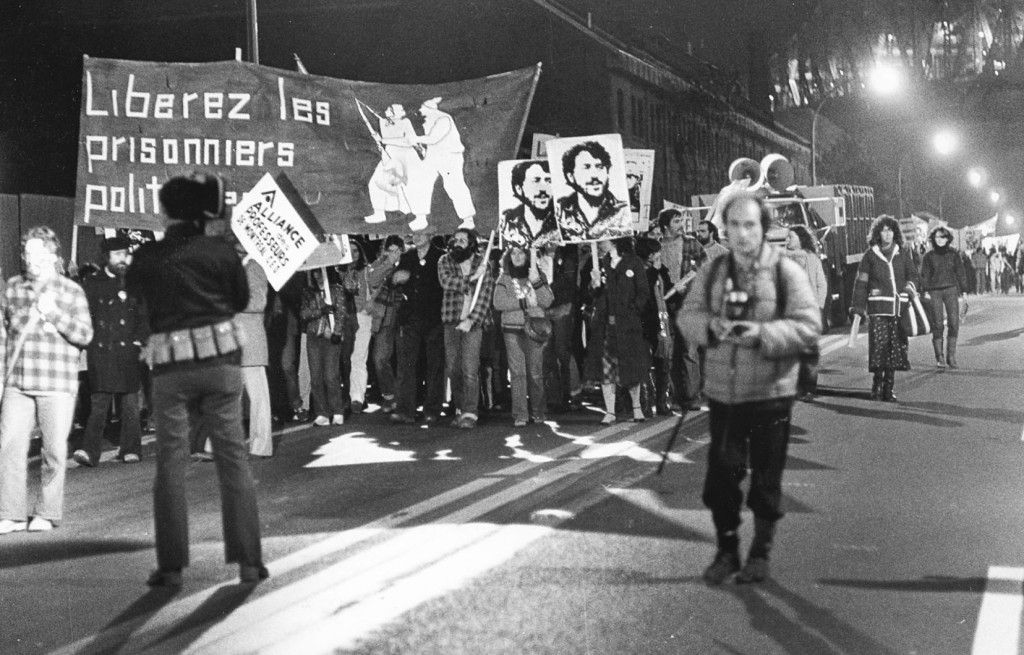 Last Sunday, an episode of Canada: The Story of Us aired on the CBC, highlighting the various « changemakers » who have contributed to the « redefining Canada » of today.

I have great admiration for the figure of Viola Desmond, the black Nova Scotian woman who fought for a true recognition of the rights of Black people in Canada, and for Stanley Redcrow, the Cree man who helped restore control over education to his community after the closure of residential schools.

But when it comes to talking about Quebec’s independence, the oppressed minority quickly passes from civic hero to violent extremist.

The last vignette of the episode concerns the rise of Quebec independence in the last years of the 20th century, starting in the 1960s. Given the space it occupies and the presentation it is given, the Front de libération du Québec (FLQ) seems to be the main movement representing this vast desire for emancipation. They show crowds chanting its name, explain that its members placed bombs, kidnapped dignitaries and even killed a minister.

« The CBC succeeds in presenting René Lévesque as one of the actors of change that have redefined Canada. »

The FLQ did not take the path of democracy because its members no longer believed in it within the Canadian framework. They did use violence, which was certainly a very bad strategy.

In any case, the FLQ’s methods did not have the popular support that the CBC episode seems to suggest. It was a fringe group that contrasted with the profoundly democratic nature of the movement as a whole.

Once the events of October are recounted, we move immediately to the election of René Lévesque in 1976 and the introduction of Bill 101, which, according to the series, resolved the language issue for good in Quebec. In short, the CBC succeeds in presenting René Lévesque as one of the actors of change that have redefined Canada. If this is not a gross case of re-writing history, I wonder what it is.

What the series does not say is that the FLQ was also deeply infiltrated by the Canadian secret services, whose agents incited militants to commit violent acts, and some of whom even planted bombs directly in order to justify a violent repression of independence and to tarnish the image of the movement. For those who find this to resemble an obscure conspiracy theory, I invite you to view the documentary The Secret War Against Quebec Independence, produced by Canal D, or to read the public sections of the Macdonald and Keable Commission reports.

Canadian propaganda today is much more subtle than the Nazi or Communist propaganda of the 20th century. It is not primarily characterized by hammering out lies that are easy to contradict, but rather by concealing large swathes of truth and creating false impressions. I am shocked that the CBC has decided to tell the world its truncated version of this « story of us, » but I am even more shocked that it is doing so with our tax dollars.