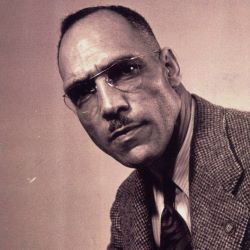 Born in Port Elgin, Ontario in 1889, Charles Lightfoot Roman was one of the first Black Canadians to graduate from the Faculty of Medicine at McGill University, and he went on to become a recognized expert in occupational medicine. When Canada entered the First World War, Charles Lightfoot Roman became one of the first Black Canadians to enlist in military service at the No. 3 Canadian General Hospital (McGill).

To support soldiers in Europe during the First World War, Dr. Herbert Stanley Birkett, Dean of the Faculty of Medicine at McGill, decided to set up a general hospital in France. The 1040-bed facility was near the front lines, and its administrators, all from McGill’s Faculty of Medicine, were supported by McGill students, volunteers, and nurses sent there from the Montreal General Hospital and Royal Victoria Hospital. Other Canadian universities followed suit and created their own hospitals after McGill’s example.

In the early 1890s, the Roman family moved from Port Elgin to Bay City, Michigan, where Charles Lightfoot Roman went to elementary and high school. He followed in the footsteps of his uncle, a surgeon and professor of medicine, by enrolling at Fisk University in Tennessee, where he received his BSc. In 1912, he continued his medical studies at McGill University in Montreal. When the First World War broke out, he put his studies on hold to sign up with the No. 3 CGH. He was one of the first Black Canadians to enlist, and the only Black person known to have served at the No. 3 CGH. He began his military service as a patient attendant with the rank of soldier. He served 25 months in France and ended his service as a ward manager at the No. 3 CGH with the rank of corporal. He returned to Canada in 1917 and completed his medical degree with a master’s in surgery in 1919. The next year, he married Jessie Middleton Sedgewick, a nurse he had met on the front lines during the war. They had five sons together.

After finishing his studies after the war, Charles Lightfoot Roman worked at the Montreal General Hospital but then decided to pursue a career as a doctor with the Montreal Cotton Company or “Montreal Cottons Limited” (a division of the Dominion Textile Company) in 1921.

The Montreal Cotton Company was founded in Salaberry-de-Valleyfield in 1878 at a time of heavily advancing industrialization. This textile factory employed up to 50% of the town’s population and was nicknamed “Canada’s Fortress,” as it was the largest cotton mill in the country for almost a century. A period of flagging demand closed its doors for good on November 30, 1968. (Photo: MUSO)

Likely influenced by his uncle’s leg amputation due to a workplace accident, Charles Lightfoot Roman became one of the province’s first doctors to specialize in work-related accidents. He started working at Dominion Textile, where he spent his final years as Medical Director for the entire company. As an expert in his field, he performed research, authored publications, and gave lectures throughout his life. He died in 1961 shortly after retiring.

Charles Lightfoot Roman is remembered as a dedicated military and civilian professional who did not hesitate to serve his country and help his fellow Canadians at a pivotal time in history. His dedication served him well throughout his career.

Article written by Emilie Bernier for Je Me Souviens. To know more about her work, check out her website : https://www.ebnumerique.ca/accueil. Translated by Amy Butcher (www.traductionsamyb.ca).