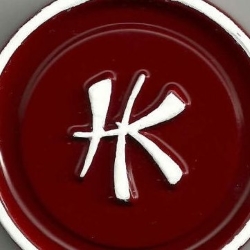 Official description: “Beginning in December 1941 well over 100,000 Allied civilians across China and Southeast Asia were taken prisoner by the Japanese, including entire families. Although at the outset these civilians were in general not treated quite as harshly as were military POWs, their internment was extremely unpleasant, and for many, deteriorated drastically later in the war. Some 2,800 civilians, among them a number of Canadians, were interned in Hong Kong.

Our two speakers, Martin Heyes of Hong Kong and Julien Lehoux of Montreal, will tell you about Hong Kong’s civilian internees and how they lived during their imprisonment, the complex negotiations to repatriate the Canadians among them, and the impacts on their lives after their return to Canada.”

Military Nurses: Where it All Began
The First World War in Sub-Saharan Africa
Indigenous soldiers in Hong Kong
Indigenous Soldiers of the Great War (1914-1918)
Dollard Ménard – Commander of the Fusiliers Mont-Royal
Top 10 most beautiful mustaches (in war)