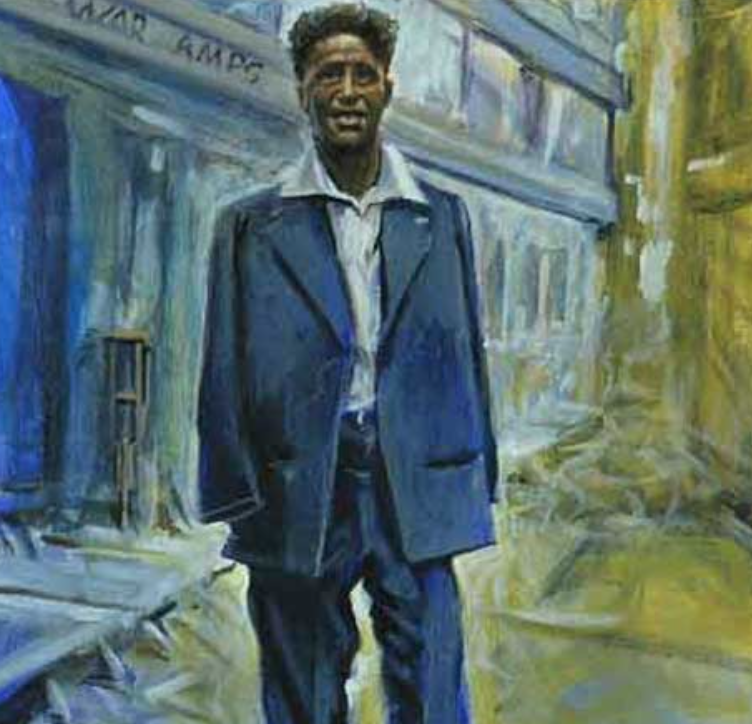 Sources about Ethelbert Christian’s life provide contradictory biographical information, particularly regarding his date of birth. Note that we have therefore used information from his military documents for this post.

Childhood and life before the military

Born in Pennsylvania on April 15, 1882, Christian grew up in a traditional Baptist family. He got his nickname “Curley” from his mother because of his curly locks, and the moniker stuck.

He quit school at a young age. When he turned 15, he struck out on his own and caught the travel bug. He trekked across the United States and Canada for many years and took up an array of jobs as a chain smith, ship’s cook and even a bricklayer. One day, he enlisted on a commercial steamship bound for Alaska. From there, he crossed the border into Canada, continued on to Manitoba, and in 1915 decided to join the Canadian Armed Forces.

At the age of 33, Christian began his military service as a member of the Canadian Expeditionary Force (CEF).

The CEF refers to the entire army that Canada sent across the Atlantic to fight in the First World War.

In Selkirk, Manitoba, Christian officially became a soldier of the 108th Battalion. He was sent to Europe and transferred to the 78th Battalion, which was also known as the “Winnipeg Grenadiers.”

He fought in the Battle of Vimy Ridge.

During this battle, Curley Christian was charged with bringing supplies to the frontline trenches. This role was particularly dangerous, as these soldiers could be picked off by enemy artillery and snipers.

The Battle of Vimy Ridge is the most emblematic victory in Canada’s military history. Having learned from previous battles, Canadian commanders in the First World War refined their strategies, and the soldiers arrived much better prepared. The bloody fray began on April 9, 1917. After four days, the Canadians gained the upper hand and took control of the ridge. For the first time since the war broke out, all four divisions of the Canadian Corps fought together, which led to a resounding victory. However, nearly 10,600 soldiers were wounded or killed.

While carrying supplies to the front lines at Vimy Curley Christian sustained major injuries that changed the course of his life. Family stories relate that he got caught in a shelling attack. Literally buried alive, he remained that way for two days before being found. His arms and legs were severely injured and became infected with gangrene. His doctors told him that amputation was his only option. Christian became the only quadruple amputee to survive this type of major surgery during the First World War. At the time, his recovery was a true miracle.

He received care in Europe and then returned to Toronto for rehabilitation.

During his rehabilitation, Christian met the woman who would become his wife. Cleopatra McPherson supported Christian throughout his life and helped him with his daily tasks. The couple quickly realized that the sheer amount of care he needed posed a significant financial challenge. McPherson talked to the hospital director about a plan to help people who had suffered serious service-related injuries. The director took this issue experienced by so many veterans directly to the government, which eventually developed financial assistance for the caregivers of soldiers who are severely injured in war. This program established by the federal government still exists today.

Curley Christian died on March 15, 1954. His family remembers him as a go-getter and a creative and ingenious man despite his limitations. His service and sacrifices are forever memorialized on the Mural of Honour at the Military Museums in Calgary, Alberta.

Article written by Emilie Bernier for Je Me Souviens. To know more about her work, check out her website : https://www.ebnumerique.ca/accueil.